Since 2009, Bristol-based Vistair Systems has worked with the UK’s Military Aviation Authority (MAA), (part of the MOD’s Defence Safety Authority (DSA)) to develop the Air Safety Information Management System (ASIMS) and support their drive for an improved air safety and positive reporting culture.

Responsible for the regulation, surveillance, inspection and assurance of the entire UK Defence Air Environment (DAE) (which not only encompasses the military flying and aviation support activities of the Royal Navy, British Army and Royal Air Force, but also includes the operation of Military Registered Civil-Owned Aircraft (MRCOA) by Industry); the MAA recognised that to be a world-class military air safety regulatory and assurance organization that is proactive, innovative, modern, efficient and effective; it needed a reporting system that was equally capable.

ASIMS has been designed as a platform for personnel within the DAE to use to report air safety occurrences and by capturing the data in this way, it has generated wider situational awareness of the aviation safety risk landscape. The system is also developed to permit details of remedial or preventative actions to be recorded and communicated onward to appropriate reporting and monitoring channels. Such a design further informs the MAA’s ability to practice Risk-Based Assurance; an approach that allows for resources to be intelligently targeted, and a holistic Air Safety picture of Organisations across the DAE determined. Ultimately ASIMS enables the MAA to continue to look and go where it is most needed and is integral to assuring the safe delivery of aviation within the DAE.

The initial implementation of ASIMS in 2009 facilitated an improvement in the positive culture of safety reporting in the DAE, evidenced by the number of reports increasing year-on-year from around 4000 in 2009 to around 11,500 in 2013. Following a review of ASIMS in 2013 the next stage was to ensure that the categorisation of why incidents occurred became much more consistent, so that analysis could more accurately identify critical areas of risk and, where possible, preventative barriers could be put in place.

Throughout the Vistair-MAA collaboration, the team has taken steps to close the analysis gap, and ASIMS has seen a number of developments that have influenced the generation, maintenance and promotion of a positive reporting culture.

The latest upgrade, (implemented in Sep 2018 and building upon the previous year’s developments), has further closed the gap between incoming air safety occurrence reports and safety-risk analysis. UK Defence now has a system that has tightened the link between what is reported by personnel and how it is reviewed and actions implemented. This has provided a step change in the ability to positively influence the UK Defence aviation safety record, which also plays a major part in future accident prevention.

The MAA have seen a significant increase in reports since the implementation of ASIMS in 2009, with an average of 12,500 individual reports (a mix of hazard observations and occurrences) currently being raised each year; notwithstanding this, ASIMS remains reliant upon the willingness of personnel to fully engage - by reporting air safety concerns.

The MAA’s ASIMS Project Manager commented “Developing and maintaining a system that is intuitive, simple and quick enough to use, yet with enough detail and depth to enable the robust management and subsequent analysis of those occurrences, is where the real challenge lies.  Maintaining this balance in an affordable manner is crucial in sustaining a positive reporting culture; ultimately if personnel chose not to report, the system is worthless.”

From the outset, the MAA’s primary objective has been to develop a system that empowers proactive reporting of air safety concerns by personnel across the DAE (a fundamental aspect in maintaining continual awareness of the risks being faced) and to ensure that, in response to those concerns, any actions, mitigations or recommendations can be accurately recorded and managed by the appropriate person or Organisation. This has been achieved with ASIMS.

Ian Herbert, CEO at Vistair comments “It has been a pleasure to work in partnership with the MAA on the development of ASIMS.  Understanding and delivering a system that met MAA core safety objectives whilst meeting high level cybersecurity requirements has not been without some challenges. That said, our experience of commercial aviation safety systems has ensured that our expertise has added real value to the safety work the MAA has been undertaking.”

Vistair will continue to work in partnership with the MAA to maximise the effectiveness of ASIMS, with the objective of increasing aviation safety throughout UK Defence.

Compliance maintained at all times 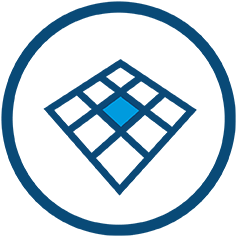